It’s going to be called PerfectSwell® and the waves will look like this – all day, every day and even into the night! 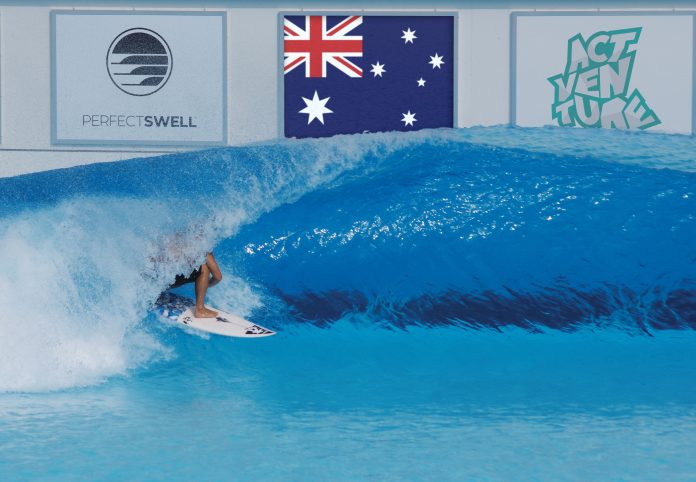 The developer of an Australian-first surf pool approved for Steve Irwin Way, Glenview, has revealed the name of the much-anticipated attraction.

Also, global leader in artificial waves, American Wave Machines (AWM), confirmed to Sunshine Coast News, it had signed an exclusive agreement with Sanad Capital for its patented technology to be used in the Queensland project.

The Sunshine Coast pool, expected to cost $40 million, will use the same technology as surf pools currently operating in Shizunami, Japan, and in the United States at Waco, Texas, and The DreamWorks Water Park in New Jersey. The Japanese facility hit the spotlight as an official training venue for the Tokyo Olympics.

PerfectSwell® will be one of three key elements in Sanad Capital’s integrated $130 million tourism showpiece.