A single peeling wave at only 43% fill completion.

The construction of the PerfectSwell® Surf Pool Technology venue was accomplished in the year that has seen highly disruptive business conditions affecting world travel and challenges to productivity. In cooperation, licensee Surf Stadium Japan (SSJ) and AWM overcame supply chain and logistics challenges to deliver thousands of components. The civil works were completed in a record 389 days. 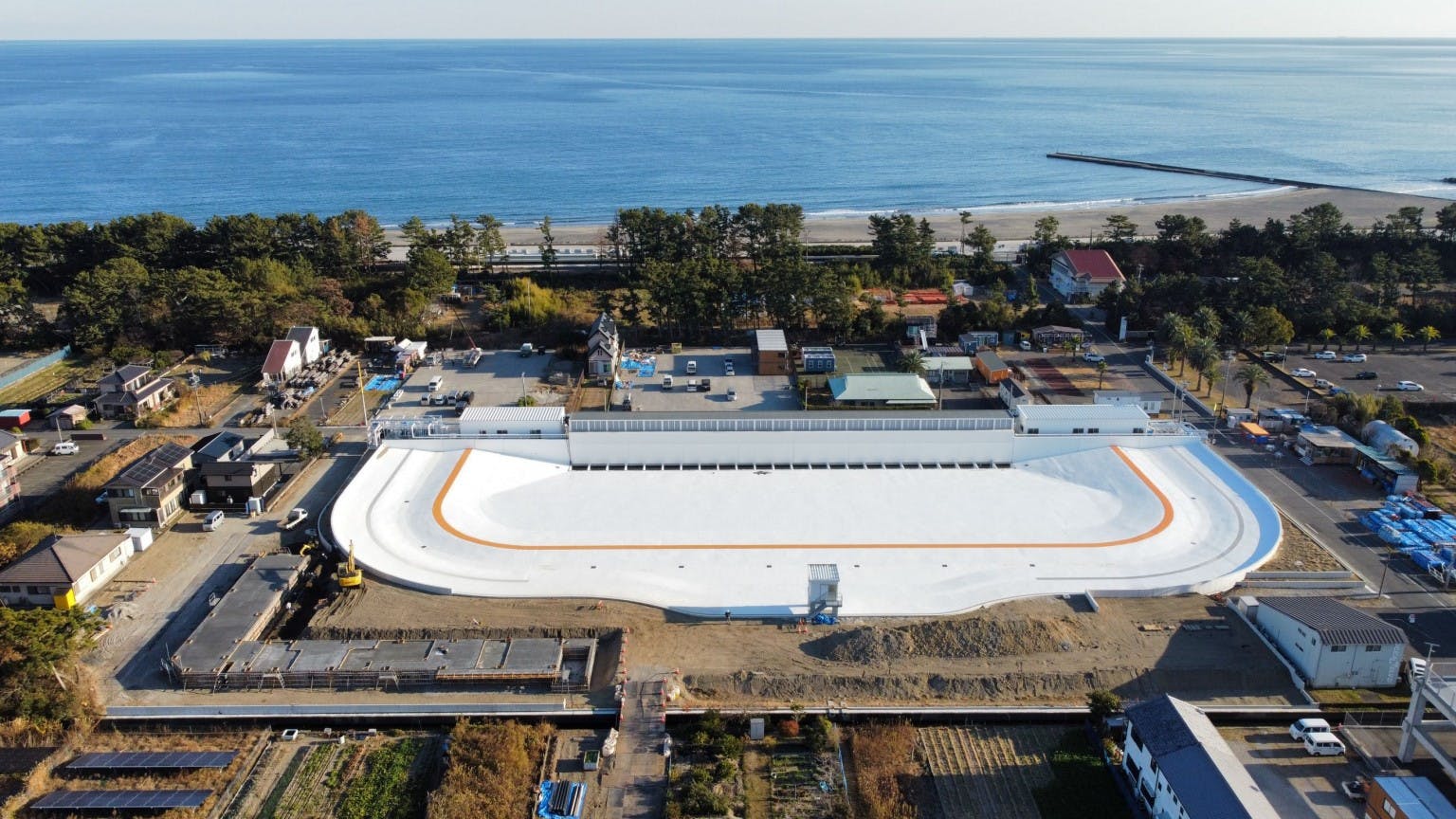 During AWM commissioning, never-before-seen innovations will be put through the paces. ‘Temporal Distortion’, a newly invented wave design feature allows for new dimensions of hydrodynamic control. “Temporal Distortion will lead to an entirely new selection of waves for both high-performance and learning applications,” said William McFarland, AWM Surf Programmer. “It will add shifting elements to the surf creating a more dynamic wave overall.” Other new features include upgrades to the system’s power response. “Start-up test results confirm that the enhanced performance response has been achieved.” said Lead Engineer Miquel Lazaro.

PerfectSwell® Shizunami demonstrates how high-performance surf can be achieved in urban, surf-centric, relatively smaller footprint locations, referred to as ‘surf arenas’. This scalability demonstrates how PerfectSwell® Surf Technology can be deployed globally in varied applications.  “Surfing is in the Olympics for the first time only once.  This is a watershed moment for the sport.” said Bruce McFarland, AWM Founder. “PerfectSwell® Shizunami provides a consistent platform for athlete training, exhibitions, and events leading up to the Olympic Games.”

An opening date will be announced once the travel ban to Japan is lifted and AWM can commission PerfectSwell® Shizunami.

American Wave Machines, Inc. is the leading surf technology company covered by a broad patent portfolio producing authentic surf experiences. SurfStream® venues have capacity of 100’s while PerfectSwell® surf pools are 1 acre plus with capacity in the 1,000’s. Since 2007 over 3,000,000 sessions have been enjoyed at American Wave Machines locations around the globe.